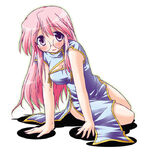 King of Tianguo. Legally declared a man before assumption of the throne, allowing ascension despite agnatic primogeniture law for ruling. She is not the first King to have ascended in this manner. Rather, she is the fourth. Father abdicated the throne in 3365, becoming Prince Di. Will likely abdicate the throne 15-25 years hence, in favor of her eldest (and currently, only) child. Was an only child at the time of abdication of her father. She is the current head of the House of Xu, which is believed by many to be completely unrelated to the previous ruling dynasty of Tian Xia, the House of Hui.

Husband of Gwen Xu. Prime Minister, and leader of the ruling party of the House of Citizens. Title a courtesy of being married to the King. In actuality, a commoner, as is traditional for the consort of the King.

Previously King Di. Abdicated the throne in 3365. Leader of the ruling party in the House of Keys. Trusted advisor of King Gwen.

Director, Wairen Bureau. Top dog in the Tianguo equivalent of the State Department. Despite the name, a life long resident of Tianguo.

Commander of the Lujun

Father of Prince Di. Currently enjoying a life in a monastary, though is frequently consulted by King Gwen. 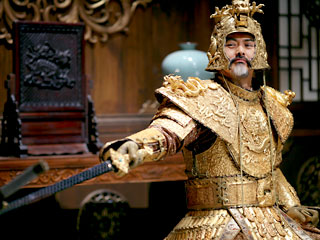 Shade of one of King Gwen's ancestors.

Retrieved from "https://worldsofsdn.fandom.com/wiki/Tianguo_Dramatis_Personae?oldid=5664"
Community content is available under CC-BY-SA unless otherwise noted.